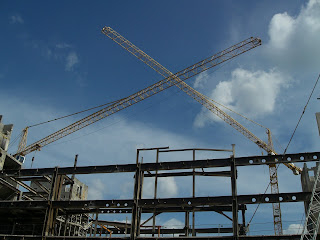 The tearing down of the former seat of the GDR parliament, "Erich's Lamp Shop" as the people called it, referring to the then incumbent Erich Honecker and his 1001 lamps hanging in the foyer, is almost finished by now. The scrap of the republic is being brought away bit by bit. Many people in Berlin, in fact the majority that, at times, has no weighty voice, wanted to keep the building as an important space of German history. Unfortunately this majority was not in the monetary position to take part in the process of decision making. So it is finally time to say goodbye to just another historical site in the middle of Berlin city ... . 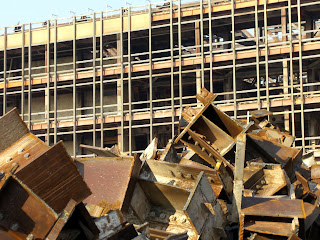