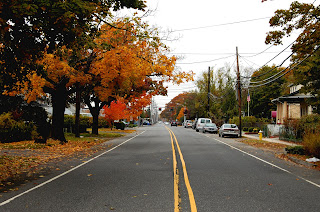 The L.I.R.R. took me to East Islip this week, a small community on Long Island.
In 1693 an English aristocrat named William Nicoll purchased some land to build a family residence. His land comprised 210 km² from the Secatogues Indians, including territory reaching east to Bayport, west to Babylon and north to Lake Ronkonkoma, including the area I visited that day. 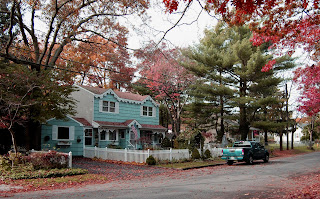 East Islip itself has nowadays around 4500 households. 70 % of the residents are married couples, many of them having children under the age of 18. The median household income for a family is about $ 80,000. In fall, the leaves of the trees are very colorful and from my observations I can tell that many people enjoy gardening and have a soft spot for terracotta figures and wind chimes. 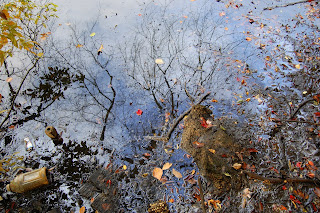 Also, there is a Carriage House in Islip, which was my final destination that day, as it is home to five of Janet Goldner's sculptures.