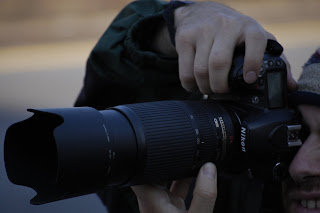 Whilst shooting sports it is nice to get away from your actual subject every once in a while and keep an eye or two on the crowd (below) or on fellow hunter-gatherers (above). This particular guy appeared to have at least as much fun with his lady than I had with my favourite new toy which looks quite similar in action.
And best of all, he was caucious not to step into my way even though shooting from almost the same spot; he deserves a Brownie point for that one! 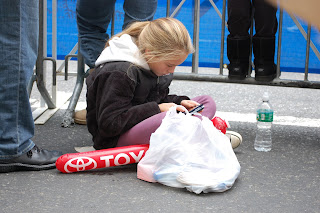 Mum, Dad, why don't you leave your kids at home when they are much more interested in their gameboy (or whatever new mobile gambling device) than in some old folks running around town? It definitely would be less cold to sit on a couch than on the ground for this young lady!

Well, the last shot speaks for itself ... 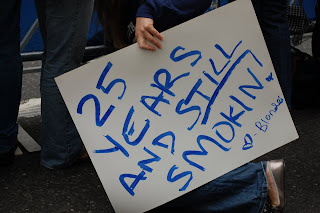