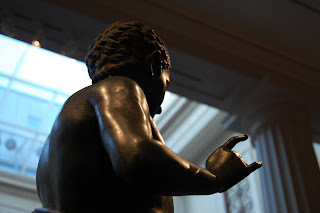 Today I went to the Metropolitan Museum of Art - FINALLY! Something I always wanted to do since my arrival but never got down to, as I had so many other things in my head and on my busy schedule. But I would've hated it not to be able to go, so I took one of those last precious days in The City and went uptown. 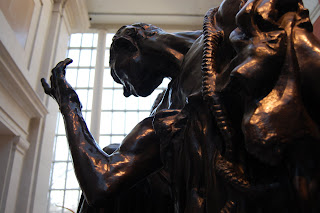 I already got lost after the sections on ancient Greek and Roman art. Felt quite Pergamon to be there. Maybe the first signs of the coming transition evolving from my unconscious.
However, I didn't feel like staring on the plan - as there were more important things to stare at. And after a while, I saw quite familiar faces again: The Burghers of Calais, by Auguste Rodin (above). I was kind of surprised that there are so many of them. I already saw those fellows in London during my year on the island. The sign below the statue said that they also hang out in front of the city hall in Calais. And now a third group? Call me a layman, but what happened to copyright in this case? 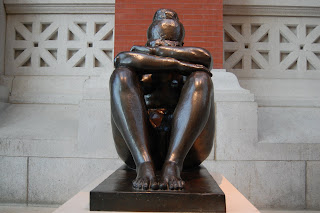 I kept strolling around, watching for suitable images to catch with my not so new anymore favourite toy. I spotted quite a few new things, and got to know art from Oceania for the first time in my life. Quite impressive. I skipped most of the Medieval section though, as I was more drawn to the classics. 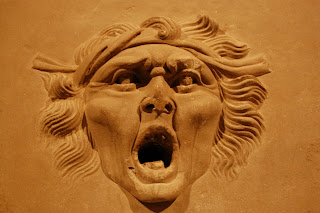 Obviously I was quite eager to get to the part on modern photography, too. One of the most promintent images I took with me, I show you below now, without further comments for my part. 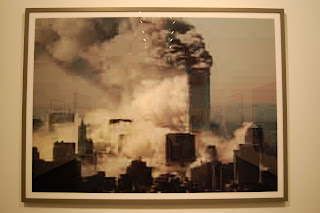