Final Photo-Essays are stressful, but just until you know what you want to do and how to do it. So basically until the week they are due ... ;o)

I was lucky though, as I kept in touch with Janet Goldner and was able to convince her of the fact that being a fly on the studio-wall is one of my easiest exercises ... 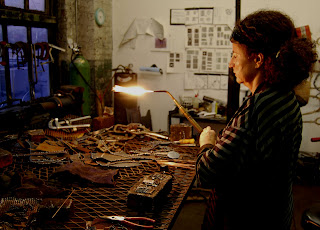 As the attentive reader already knows, she is well into sculptures and steel-art, using a welding torch as a drawing instrument and combining cultural influences from Mali with her own North American experiences - frequently drawing on contemporary social and political topics, too. 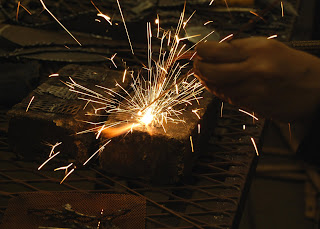 This afternoon she prepared little pieces of steel-art for a giveaway art project that took up the idea of the "Art-in-a-Box" project in California where people used old cigarette automats to sell small pieces of art instead of small rolls of tobacco, filter and paper. 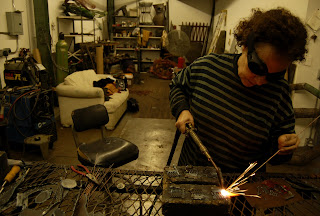 I was lucky with my timing, because by now she is already on her way to Mali again for another two months of togetherness with local artists and friends. 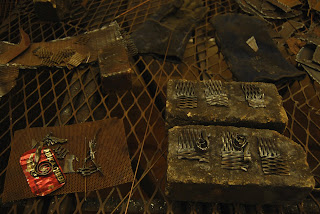 It's been a really nice afternoon of learning a lot, listening to the radio, drinking good tea, messing up my camera settings and at long last getting my jeans really dirty again, because of all the ash and sparkles flying around.