"Faux-Pas 2007: On The Shallows Of Lingua Germana" 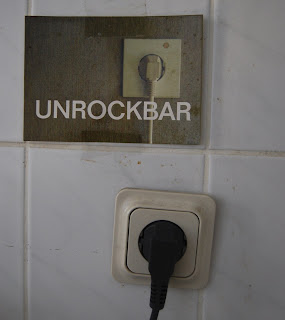 It is a common cultural habit in Germany to choose a "faux-pas word of the year" by public vote at the end of each of these time-periods. This is always quite a good laugh for those of us who like their early morning coffee with the smell of recycled paper and ink.

Today, I'm gonna provide you with my collection of the last ten years of "non-words". Any cultural analysis is welcome, though you have to take it with a grain of salt, as these words are taken from public discourse which is semantically dominated by the German media, and as Little Luke already knows, media lingo isn't always representing citizen lingo.

2007: "Herdprämie", variations: "Gluckengehalt", "Aufzuchtprämie"
(translates "Stove Premium" or "Clucking Hen Salary" or "Breeding Premium" and denotes money you get from the state for staying at home to raise your children instead of having a career)

2005: "Entlassungsproduktivität"
(translates "Productivity of Discharge", denotes higher productivity in a factory after employees were kicked out)

2003: "Tätervolk"
(translates "Delinquent Folk", denunciates a whole collective of people to be responsible for the deeds of some, in Germany referring to the national socialist crimes of the early and mid 20th century)

1997: "Wohlstandsmüll"
(translates "Prosperity Trash", refers to young and healthy people who are too lazy to work and prefer to abuse the German social welfare system)

I have to admit that I quite like some of them, despite their rather misanthropic tone. No offense, but I do think that there have been traces of truth in late 20th century German cynicism.
Posted by ~SaS~ at 12:53 AM