"Scientific Identity - Fear Of The Dark, a. k. a. The Humanities"

Reading a lot of Flusser and secondary literature on Flusser, I recognized a strong fear between the lines of some texts. Especially some media theory texts - interpretations and criticism of Flusser's philosophy - appear to be deeply afraid of a structural change within the sciences. Especially the media-teacher Rainer Leschke criticizes Flusser for his ontological perspective, his use of metaphor and etymology to make a point and back up his theory. Leschke is frightened of the idea that aesthetic and normative values could challenge the "one truth" of natural sciences. That certain scholars within the humanities dare to apply their methods on the technological and natural seems to be a most uncomfortable development for him. His major problem with this development is that these scholars try to "search for the meaning of and to make sense of certain phenomena, before it is clear that these phenomena are regulated by something like sense at all." This sentence burnt itself into my mind today - and I keep asking myself why the hell do so many people get a shit load of cash for research on phenomena that do not make any sense at all? 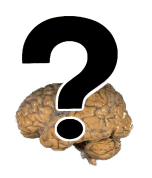