"Brighton Beach: The Story of Lucky Me and the Last Summer's Day (1)" 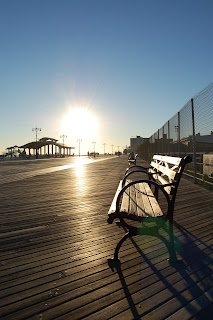 It's about time to listen to the story of Lucky Me and her last summer's day in southern Brooklyn.

Q: Lucky Me, can you just explain why you went to Brighton Beach that day?

LM: Yeah, um, sure. Well .. basically I wanted to, um, go there again to take some pictures that, um, show more of the neighborhood of Little Odessa, you know, um, like typical things that show like the different like roots of those folks, um, you know? Like their cultural stuff they brought with them when they came here, in a, um, rather basic way, like food and fur and stuff like that, you know?

Q: Okay, so you went there around noon that day, right. What happened?

LM: What happened? Well. It was still like really hot that day, you know, so I decided to go to the beach first and come up with, um, with like a plan for the rest of the day, you know, um, like where and when to take pictures and stuff. But then I saw this market thing going on, you know, like lots of people drifting through that street, so I changed my mind, you know, and started shooting some pics of people and their stuff, um, like what they were buying, like electronic devices and so on. 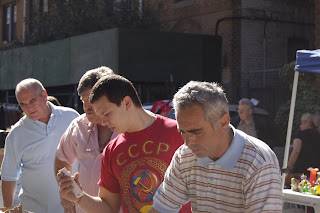 Q: Sounds good to me. I mean, it's part of covering their culture too, isn't it? Alright, so - did you enjoy shooting at that market?

LM: Yeah, man, it was great fun, actually. At first I was kinda anxious about those folks, like, assuming they all don't want their pictures taken, you know what it's like walking around with a camera and stuff. But after a while nobody actually cared about me anymore, so I could keep shooting. And man, they actually bought and sold some really interesting items there ... 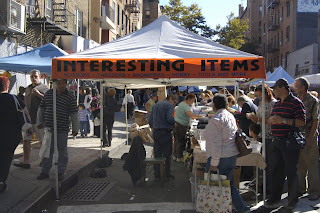